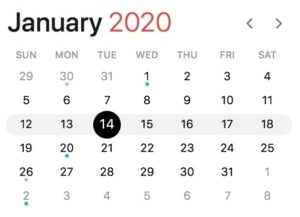 It may not seem like a special day, but 14 January 2020 is a big day in the world of IT. That is because Microsoft will end its extended support for many of their most popular software packages on that date. The list of products affected includes Windows 7, which is still as widely used as its successor Windows 10 (the less said about Windows 8 the better). This means that around half of the current Windows PCs around the world should be updated or replaced in the next year.

The main impact for organisations will be the lack of ongoing security patches, so once an exploit is discovered it will not be fixed in the unsupported software. The second notable impact is that other software providers will no longer support their software on these legacy systems.

Does it really matter?

We saw a few years ago how the end of support for Windows XP lead to a series of security issues, and was notably cited as a key factor in the NHS ransomware attacks in 2017. In that case, the WannaCry virus and it’s variants caused havoc with systems at hospitals across the country, and more than 300,000 computers affected worldwide.

On the server side, Windows Server 2008 and 2008 R2 both end their extended support on 14 January 2020. Again, these have been superseded by newer versions (including the recent Server 2019 release) but many organisations still rely on them for some or all of their servers. Changing a PC is relatively straightforward, but upgrading or replacing servers is a much bigger job and requires planning to ensure it is successful and minimizes the impact on users.

If your organisation is using any server packages that will end their support next year then you will need to start planning now.

You can check the support expiry dates for any of your Microsoft software on the Microsoft LifeCycle page. If you are not sure how you are affected, or would like to discuss options for upgrading your IT systems, then please contact 4Cambridge via the website contact form or call 01223 455 000.

Jon Stanton About the author

We use cookies to ensure that we give you the best experience on our website. If you continue to use this site we will assume that you are happy with it.Ok